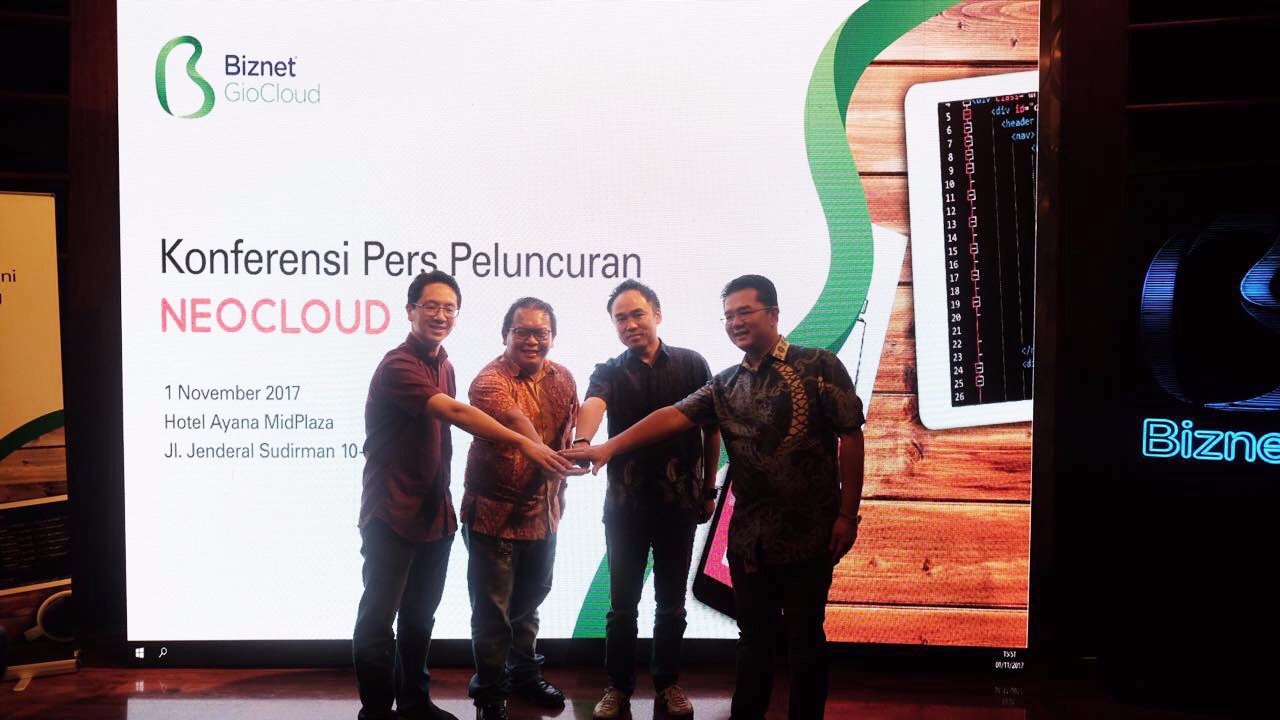 Adi Kusma, President Director of Biznet said, ”Biznet keeps innovating to develop the latest technology further as well as expanding its coverage area to reach more cities in Indonesia. NEO Cloud’s computing service, which is equipped with various new features, is supported by Biznet’s over-the-edge network technology infrastructure. We believe that NEO Cloud will become the right solution to support customers’ needs to have a reliable and high-quality cloud computing service.”

NEO Cloud comes with various services to address industry needs, such as: Virtual Compute that provides Infrastructure as a Service (IaaS) with CPU selection ranging from 1-32 vCPU core with memory up to 64 GB RAM, and memory-optimized option to accommodate large scale compute power demands; Flex Storage that includes Block Storage, providing performance speed ranging from 10,000 IOPS (Standard Performance Disc) to selectable 30,000, 50,000, and 100,000 IOPS (High Performance Disk), and Object Storage that is compatible with Industry Standard S3 from Amazon Web Services for easy integration. All of those features, supported with simple yet functional UI/UX of NEO Cloud, will enable customer to create and explore multiple topology of infrastructure in no time.

“We want to bring the new nuances for cloud computing industry in Indonesia,” said Dondy Bappedyanto, CEO PT Biznet Gio Nusantara. “From time to time, local cloud service providers are still out of favor compared to their global peers due to lack of features. NEO Cloud presents several features such as Multiple Regions and Availability Zones which should have been provided by other local cloud service providers, but yet still not available,” he added.

Multi Regions of NEO Cloud are hosted in two data centers operated by Biznet Data Center, one is located at Technovillage Cimanggis, West Java, and the other one is at MidPlaza, Jakarta. Each of these regions consists of three Availability Zones. “The advantage of having these features is to give the liberty to users to configure High Availability according to their needs, without sacrificing the network performance of their applications that are running on NEO Cloud. Our next plan is to add another region located on several other cities in Indonesia so we can serve our customers better,” described Dondy.

NEO Cloud provides Internet and Private connectivity with multiple 10 Gbps links on each region. As part of Biznet, one of the leading Internet Service Providers in Indonesia, NEO Cloud’s network quality and reliability are the promoted key points.

According to Koichi Maruyama, Executive Officer of Internet Initiative Japan (IIJ), collaborating with Biznet Gio is a step to expand their business to the growing cloud market in Indonesia. “As the cloud market in Indonesia has been continuously expanding and the trend is expected to accelerate over the next years to come, IIJ projects further business expansion in the Indonesian market by having collaboration with the leading company in the cloud industry, Biznet Gio. It is the right moment to launch NEO Cloud and bring more options of cloud services to customers, especially Indonesian apps developers,” said Maruyama.

Biznet Gio uses Canonical’s managed cloud service BootStack with its Ubuntu OpenStack distribution to deploy and manage its OpenStack servers and software. “The main idea of engaging Canonical and their BootStack program is to have transfer of knowledge and best practices from the experienced OpenStack teams to Biznet Gio’s team,” Dondy explained.

Mark Shuttleworth, CEO Canonical Ubuntu said, “Being able to operate cloud infrastructure efficiently at a low cost is the key to success. Biznet Gio determined Canonical’s BootStack to be the best model for them and their customers. We work closely with Biznet Gio to operate their cloud. It is a successful partnership for us both.”

Pricing on NEO Cloud services are highly competitive compared to local or global cloud service providers. With the pay-as-you-go scheme, customers can choose to pay based on hourly or monthly charge. For instance, the pricing of NEO Virtual Compute with 2 GB RAM, 1vCPU and 20 GB storage specifications start from IDR 337 per hour or IDR 170.000 per month.

NEO Cloud began the beta period from 1st of October 2017 and has been tested by more than 1000 apps developers. But Dondy assures that Biznet Gio will not stop now. “This is our first step to bring a new era and changes in the cloud computing industry in Indonesia. We have already developed several new services and planned to be released and launched by the end of this year and also by mid next year,” closed Dondy.